Hepatocellular carcinoma (HCC) is the second leading cause of cancer mortality in the world. Sorafenib is the only first-line systemic therapy for HCC. HCC is an immunogenic cancer that might be treatable with immune checkpoint inhibitors as single agents or in combination; options could include anti–CTLA-4 agents (eg, tremelimumab), anti–PD-1 agents (eg, nivolumab, pembrolizumab), and anti–PD-L1 agents (eg, atezolizumab). Beyond immune checkpoint inhibi- tors, potentially useful treatments for HCC include im- mune modulator (lenalidomide), multikinase inhibitor (regorafenib), and monoclonal antibody (ramucirumab).

At least 3 biomarkers in HCC can predict prognosis and suggest potential benefits to therapy: AFP, C-MET, and PD-L1. At high values or when overexpressed, these biomarkers indicate poor prognosis of HCC, yet such markers also point to better response to specific therapies. For instance, AFP >400 may indicate a patient population that would especially benefit from anti-angiogenic agent ramucirumab.

Hepatocellular carcinoma (HCC) is the second leading cause of cancer mortality worldwide.1 In the United States, its mortality rate continues to increase, with 5-year survival rates of only 18% during 2005 to 2011.2 HCC most often results from chronic liver inflammation stemming from hepatitis B (HBV), hepatitis C (HCV), alcohol abuse, or nonalcoholic steatohepatitis.3 Curative treatments for HCC are surgery and liver transplantation.3 However, up to 80% of patients present at an incurable stage, eligible only for systemic therapy. As the first systemic therapy approved by the FDA for HCC, sorafenib offers a modest improvement in overall survival (OS) compared with placebo (10.7 months vs 7.9 months; P <.001).4,5 Sorafenib is a tyrosine kinase inhibitor that inhibits both RAF pathway in tumors and also angiogenesis such as vascular endothelial growth factor receptor-2 (VEGFR2).6

To expand HCC treatment options, exploring such possibilities as immune checkpoint inhibitors and targeted therapies is essential. This brief review of HCC will discuss the most current information on promising new systemic therapies, including relevant biomarkers (eg, alpha-fetoprotein [AFP], C-MET, and PD-L1).

Mechanism of Action for Immune Checkpoint Inhibitors PD-L1 produced by tumor cells (TCs) inhibits T-cell activation by binding to the PD-1 receptor. Interaction between PD-1 and PD-L1 inhibit T-cell receptor signaling for initiation of T-cell activation, causing T-cell apoptosis.7 CTLA-4 inhibits T-cell activation in 2 ways:
1) it induces regulatory T cells (Tregs) and competes with CD28 by binding to B7; and 2) it causes inhibition of the co-stimulatory signal for T-cell activation.7 An immune checkpoint inhibitor (eg, an anti–PD-1, anti–PD-L1, or anti–CTLA-4 agent) increases antitumor activity by activating T cells via inhibition of the interaction between PD-1 and PD-L1, and between CTLA-4 and B7. Both PD-1 and CTLA-4 inhibitors can reduce T-cell suppression imposed by PD-1 and CTLA- 4, leading to more T-cell activation.

When a foreign antigen such as HCC develops in a patient, 2 potential outcomes exist: immune tolerance and immune activation.

Immune activation leads to activity against HCC by activation of cytotoxic CD4+ and/or CD8+ T cells (Figure 23). When the CD28 receptor on T cells binds to its ligand (B7-1 or B7-2) in APCs, immune activation is initiated. In addition, immune-activating cytokines, such as tumor necrosis factors, interferon gamma (IFN-γ), and interleukin-1, can also contribute to cytotoxic T-cell activation.16 Immune activation can lead to tumor regression and contribute to longer OS in xenograft models of HCC.3,16,17

Immune checkpoint inhibitors have achieved great success in melanoma and renal cell carcinoma. Both cancers are considered immunogenic, with reported cases of spontaneous regressions of tumors after treatment with IFN.18-20 Because HCC has shown a similar response to IFN,21 it also is considered an immunogenic tumor, with the potential to respond to immune check- point inhibitors.22

Efficacy of Immune Checkpoint Inhibition as a Single Agent

The FDA granted an accelerated approval to nivolumab (Opdivo) for the treatment of patients with HCC following prior treatment with sorafenib, regardless of PD-L1 status, in September 2017. Other trials involving checkpoint inhibitors include a phase II study that tested a single-agent anti–CTLA-4 antibody, tremelimumab, in 21 patients with HCC with Child-Pugh class B status. All patients had HCV and progressed on sorafenib. The results demonstrated an overall response rate (ORR) of 17.6%, disease control rate (DCR) of 76.4%, and median OS of 8.2 months.23 One patient also had decreased HCV viral load during tremelimumab treatment, indicating the potential of an anti–CTLA-4 antibody to treat HCV and HCC simultaneously.

The results of a phase I study using dose escalation of the PD-1 inhibitor nivolumab for second-line treatment in 48 patients with HCC with Child-Pugh score ≤7 (class A/B) have been reported.24 This study included 10 patients with HCV, 15 with HBV, and 23 without HBV or HCV. Three patients achieved complete response and 4 patients had a partial response (PR); DCR was 58%.24 About 83% of patients experienced adverse events (AEs) such as rash, pruritus, and elevations of aspartate aminotransferase, alanine aminotransferase, lipase, and amylase.24 Only 25% of patients had grade 3/4 AEs.24

An ongoing phase II clinical trial is randomizing patients to either pembrolizumab (an anti–PD-1 agent) or placebo in second-line treatment for unresectable HCC. All patients must be Child-Pugh class A, and have either failed or become intolerant to sorafenib. The primary endpoint is ORR.25

A randomized phase III study is ongoing in 726 patients with HCC, investigating the anti–PD-1 agent nivolumab versus sorafenib in first-line treatment (CheckMate 459).26 Outcomes include OS, time to progression (TTP), progression-free survival, and ORR. The study will also evaluate the relationship between PD-L1 expression and the efficacy of nivolumab.26

Results from a pilot study examining tremelimumab in combination with local therapies, including transcatheter arterial chemoembolization (TACE) or ablation, have been reported.27 In 32 patients, only 19 had evaluable disease. Results showed that the HCV and HBV viral loads decreased in patients infected with HCV and/or HBV. The median OS was 12.3 months. No dose-limiting toxicities or grade 3/4 toxicities were observed.27 The most common AE was pruritus, and only 1 patient developed autoimmune pneumonitis. The rationale for this study was based on the mechanism of action for CTLA-4 inhibition. Tremelimumab, an CTLA-4 inhibitor, causes antitumor activity by inhibiting the immunosuppression environment. TACE/ablation induces cytotoxic CD8+ T cells, causing tumor cell death by decreasing vascular supply to HCC.28 When TACE/ablation and tremelimumab are combined, immune activation through T cells could be synergistically enhanced. The study results supported this rationale.

A phase I/II study of nivolumab-based therapy in the first line is still ongoing with 3 cohorts: nivolumab plus sorafenib, nivolumab plus ipilimumab, and nivolumab alone. All patients with HCC in this study are Child- Pugh class B, which is more common than Child-Pugh class A and C in the unresectable HCC patient population. Therefore, this study provides an opportunity for immunotherapy to be tested in a broader patient population. Since sorafenib has single-agent activity in HCC and it works through a different pathway than the PD-1 pathway utilized by PD-1 inhibitors, the combination of nivolumab plus sorafenib may show synergy.

Lenalidomide, an immune modulator, is a potential therapy for patients with HCC after their exposure to sorafenib. It was tested in a phase II study of 40 patients with HCC who had progressed on or were intolerant to sorafenib: 19 were Child-Pugh class A, 16 B, and 5 C.29 The study results indicated a PR rate of 15% and OS of 7.6 months, suggesting that lenalidomide has a role in HCC treatment. Common grade 3/4 AEs were fatigue (7.5%), rash (10%), and neutropenia (2.5%).29

Regorafenib has been approved by the FDA for second-line treatment of HCC since April 27, 2017. Ad- ditionally, a phase III double-blind study randomized patients to regorafenib versus placebo in a 2:1 ratio.30 The median OS in patients treated with regorafenib and placebo was 10.6 and 7.8 months, respectively (HR, 0.63; P <.0001).30 The most common AEs with rego rafenib were hypertension (15%), hand-foot syndrome (13%), fatigue (9%), and diarrhea (3%).30 This is the first study that demonstrated OS benefit in second-line treatment for unresectable HCC. Median OS with first- line treatment (sorafenib) was 7.8 months, suggesting that regorafenib would be a good choice for patients who are intolerant to sorafenib. A phase III study of ra- mucirumab, an immunoglobulin G1 human monoclonal antibody, using 1:1 randomization between ramucirumab and placebo as second-line treatment in 565 patients with HCC.31

All patients were Child-Pugh class A and progressed on or were intolerant to sorafenib. There was no statistical difference in OS between the 2 arms. In a prespecified patient subgroup with AFP ≥400 ng/mL, ramucirumab demonstrated longer OS than placebo (7.8 vs months). Common grade 3/4 AEs that were higher with ramucirumab than placebo were hypertension (12% vs 4%), ascites (5% vs 4%), asthenia (5% vs 2%), malignant neoplasm progression (6% vs 4%), and thrombocytopenia (5% vs 1%). This is the first phase III study in HCC in which AFP biomarker suggests benefits to therapy.31

Biomarkers in HCC Predict Prognosis and Benefits to Therapy

High expression of 3 biomarkers in HCC lead to poor prognosis31-33:

Alpha-fetoprotein, a protein, has been used to screen for individuals at risk of developing HCC. It cannot be used as a single diagnostic test due to its low sensitivity of 41% to 65% and specificity of 80% to 90%; however, up to 50% of patients with HCC have elevated AFP serum levels.16 In a single-institution prospective study, preoperative value of AFP >400 ng/mL in 108 patients with resectable HCC correlated with higher recurrence rates and lower survival rates in 2 years.33,34 In another retrospective study, in which 258 patients with HCC underwent surgical resection, those with AFP >400 ng/mL showed poorer prognosis, with a relative risk (RR) of 1.471 compared with patients with AFP <400 ng/mL.34,35

C-MET, also called hepatocyte growth factor recep- tor, is a tyrosine protein kinase. It plays an important role in cellular proliferation, especially in TCs such as HCC. C-MET is overexpressed in 50% of HCC cases, causes tumor growth and metastasis, and indicates poor prognosis.33 In a phase II second-line study, 107 patients with HCC who were Child-Pugh class A were randomized 2:1 to tivantinib (a C-MET inhibitor) and placebo. In patients with C-MET overexpression, TTP was 2.7 months in the tivantinib group versus 1.4 months in the placebo group. The most common grade 3/4 AEs with tivantinib compared with placebo were neutropenia (14% vs 0%) and anemia (11% vs 0%).33 A phase III study of second-line treatment of HCC patients with high c-MET expression, with tivantinib versus placebo with 2:1 randomization, has completed enrollment and preliminary data will be reported soon.

In the phase III KEYNOTE-024 study, 305 untreated patients with metastatic NSCLC whose TCs expressed ≥50% PD-L1 were randomized 1:1 to first-line treatment with either pembrolizumab or chemotherapy (platinum- based).39 At 6 months, OS was 80.2% versus 72.4% in the pembrolizumab versus chemotherapy group, respectively (P = .005).39 Pembrolizumab is the only immunotherapy that has proven OS benefits based on the result of PD-L1 assay; thus based on KEYNOTE-010 and KEY- NOTE-024, pembrolizumab has been FDA approved as both first- and second-line, single-agent treatment for metastatic NSCLC in patients with PD-L1 ≥50%.

Ventana SP142 is used to detect the expression of PD-L1 in TCs and immune cells (ICs), such as macrophages and DCs, for response to atezolizumab (PD-L1 inhibitor).36 As second-line treatment, atezolizumab was compared with docetaxel in a phase III study (OAK), which enrolled 850 patients with NSCLC with PD-L1 ≥1% on TCs or ICs.40 It demonstrated OS of 13.8 months versus 9.6 months for atezolizumab versus docetaxel (HR, 0.73; P = .0003).40

The phase II POPLAR study41 of atezolizumab as a second-line treatment compared it with docetaxel in 277 patients with NSCLC with TCs or ICs with PD-LI at least ≥1%. Results showed an ORR of 38% in the atezolizumab group and 13% in the docetaxel group.41 Atezolizumab treatment demonstrated higher RR in patients with higher PD-L1 expression.41

Ventana SP263 is used to detect PD-L1 in TCs with durvalumab (PD-L1 inhibitor).36 Durvalumab was studied as a third- or higher-line treatment in a phase II prospective analysis in 239 patients with NSCLC.42 The RR for durvalumab was 16.4% versus 7.5% in patients with PD-L1 expression ≥25% and <25%, respectively.42

Hepatocellular carcinoma has a high mortality rate, yet the only FDA approved first-line systemic treatment is sorafenib. This treatment offers moderate benefits and has a high, but manageable, rate of AEs. Single-agent immunotherapy or targeted treatments seem promising in certain biomarker-selected patients. Combination strategies with novel modalities that involve immunotherapy will provide more opportunities to treat this grim disease. Better understanding of biomarkers in HCC will help identify patient populations who can benefit the most from such promising therapies as immunotherapies and targeted treatments. 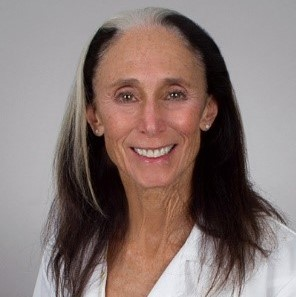 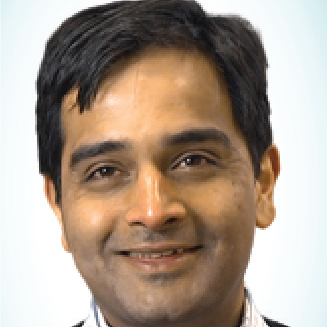