The rate of contralateral prophylactic mastectomy (CPM), defined as the removal of a healthy breast in a patient undergoing mastectomy for ipsilateral cancer, is increasing. There are a number of possible reasons for this trend, ranging from increased patient awareness of the genetic and familial risks to use of magnetic resonance imaging, improved reconstructive techniques, and patient choice. Certainly, CPM may be associated with longer operative times and hospital stays, and the cost-effectiveness and survival benefit of the technique have been debated and may vary among patient populations. However, the procedure conveys peace of mind to patients and is generally met with high patient satisfaction. Ultimately, the decision for CPM requires clear communication of medical evidence with respect to its risks and benefits, integration of patient concerns and values, and, ultimately, a shared decision-making process to yield the optimal outcome.

Rates of contralateral prophylactic mastectomy (CPM) have significantly increased over the last decade, from 4.7% to 24.2%, depending on the study.1-4 Although some have argued that this procedure is tantamount to overtreatment, others have argued that patients, when given full information, have the right to make an autonomous decision. Indeed, for many patients this decision is complex and involves weighing their perceptions of the risk of future contralateral cancer, their anxiety with diagnostic imaging and ongoing surveillance, and their desire for anatomical symme-try, all compared with their perceptions of the risks of the procedure. Critical in this equation, however, are their physician’s input on their actual predicted risk of future malignancy and the data from the literature regarding the pros and cons of this procedure.

In recent years, patient awareness about the risk for developing breast cancer has surged. Also, given the advent of genetic testing, more patients are being found to have mutations that increase their risk. In addition, variants of unknown significance (VUS) are becoming increasingly common. For patients who already harbor an ipsilateral cancer, these VUS increase their anxiety. Furthermore, in the absence of a genetic mutation, the risk of developing a contralateral malignancy in a patient with an ipsilateral breast cancer has been estimated at 0.5% to 1.0% per year, cumulative over her lifetime. While this is a generic estimation and other factors can influence the risk of contralateral disease,5,6 it highlights why, particularly for young patients, the 95% to 97% risk reduction conferred by CPM is appealing. Indeed, in a recent study by Jagsi et al, 92% of patients opting for CPM stated they did so in part for “peace of mind.”7

Certainly, for patients undergoing bilateral mastectomy, the need for ongoing imaging surveillance is reduced. Many patients find their annual screening mammography to be anxiety-provoking, particularly if a malignancy was previously detected. Indeed, there is an abundance of data demonstrating the correlation between the use of MRI and the decision to undergo CPM. Although part of this may be explained by previously occult contralateral cancers being found on MRI, the use of MRI, regardless of whether a contralateral cancer is detected or not, has been associated with a higher rate of CPM.8,9 It is hypothesized that this may be related to the fact that imaging findings, even if benign, may require further workup, which increases patient anxiety.

For patients undergoing unilateral mastectomy for breast cancer, the option for CPM often confers symmetry, and the reconstructive options now available to patients make this a more cosmetically appealing option. Studies have found a direct correlation between reconstruction and the decision to have CPM,10 and more than 40% of patients who opt for CPM cite cosmesis as one of their motivating factors.7 While one may argue that plastic surgeons may be able to better match the contralateral breast with improved breast reconstruction and symmetry procedures, Koslow et al found that women who underwent CPM were significantly more likely to report higher satisfaction with their breasts (on BREAST-Q scores) than those who had unilateral reconstruction (64.4 vs 54.9; P <.001).11 Indeed, most patients (83% to 97%) who choose this procedure state they are highly satisfied with their decision and 84% to 96% would make the same decision again.12-14

Operative Complications and Length of Stay

Whereas the pros and cons have been fairly consistently borne out in the literature, the data are much more mixed when it comes to survival and costs. While many contend that there is no overall survival (OS) benefit associated with CPM, some data indicate the contrary. For example, a recent meta-analysis found that among patients with a familial or genetic risk of breast cancer, CPM was associated with a lower rate of metachronous contralateral breast cancer compared with those who underwent unilateral mastectomy—but no survival advantage was seen. Conversely, among patients without a familial or genetic predisposition, those undergoing CPM were found to have improved OS but no absolute reduction in metachronous contralateral disease. The authors hypothesized that selection bias may have led to the improvement in survival in this group of patients.17 However, in an analysis of the National Cancer Database, Yao et al found a small (but significant) survival benefit for CPM after adjusting for age, race, stage, grade, histology, insurance, facility characteristics, year of diagnosis, and use of adjuvant hormonal therapy, chemotherapy, and radiotherapy (absolute 5-year survival benefit, 2%; HR, 0.88; 95% CI, 0.83-0.93; P <.001).18

Boughey et al similarly found that CPM was not only associated with a lower incidence of contralateral breast cancer, but was also with improved OS (OR, 0.77; 95% CI, 0.60-0.98; P = .03) and disease-free survival (OR, 0.67; 95% CI, 0.54-0.84; P = .0005) after controlling for patient age, family history, diagnosis year, tumor stage, number of positive nodes, estrogen receptor (ER)/ progesterone receptor (PR) status, oophorectomy, chemotherapy, tamoxifen, and radiotherapy.19 Still, others have used a stratified analysis to determine subgroups of patients who may be most likely to derive a survival benefit from this procedure. Bedrosian et al, for example, found that CPM was associated with an improvement in 5-year breast cancer-specific survival in young women with early-stage ER-negative cancer.20 Because it is impossible to do a randomized controlled trial to assess the impact of CPM on survival, some have used Markov models to aid in decision making. Portschy et al found in doing so that the absolute 20-year survival benefit was less than 1% among all age and stage groups.21 Hence, the data vary, depending on the study and methods, which fuels the controversy about the survival im-pact of CPM. Most data, however, support the fact that the OS benefit of this procedure is low in most patients.

There is little debate that CPM is associated with increased cost—at least in the short term. Indeed, when Deshmukh et al compared costs of CPM versus no CPM, they found an overall cost difference of nearly $7750 over the initial 24-month period (P <.001).22 These costs took into account the professional and technical costs associated with the procedure with or without reconstruction, as well as any adjuvant chemotherapy or radiation therapy that may have been needed. Although it is intuitive that adding an additional surgical procedure increases cost, this analysis negates the long-term cost savings of ongoing screening of the contralateral breast and the potential cancer-related treatment beyond 24 months that may be avoided with the risk-reducing procedure. To estimate these costs, Mattos et al used 2013 Medicare data, finding that lifetime third-party costs over 30 years were $1292 to $1993 lower for CPM than for surveillance.23

The question of cost-effectiveness seems to be mired in the assumptions one makes about quality of life after CPM. Zendejas et al found that CPM was a dominant strategy for BRCA carriers at all ages and appeared to be cost-effective for those younger than 70 years without a genetic mutation.24 However, this varies based on the utility weights one places on the state of CPM versus surveillance. For example, Rob-erts et al found that although CPM was cost-saving in women younger than 50 who had sporadic unilateral early-stage breast cancer, it would result in “reduced health,” particularly in light of added complications, and so the authors could not advocate this procedure,25 especially since they assumed that CPM was associated with reduced quality-adjusted life-years (QALYs) compared with surveillance.

The decision to undergo CPM is a very personal one for patients. Often plagued with fears of contralateral cancer, many patients want to be as aggressive as possible to minimize risk. Some may also have genetic or other factors that place them at higher risk. However, patients (especially without a genetic mutation) often overestimate their risk. In an interesting study, Rosenberg et al found that 94% of women stated that the desire to improve survival was either extremely or very important in their decision to undergo CPM, yet only 18% stated that they felt that women who undergo CPM live longer than those who do not.14 These apparently contradictory findings highlight the heightened sense of anxiety that women feel when they are making these decisions and emphasize the need for clear communication and shared decision making between patients and their physicians.

Other factors may also play a role, as well. Patients may want symmetry and, with modern techniques of reconstruction, mastectomy is no longer the disfiguring operation it once was. Furthermore, the desire to avoid ongoing imaging may offer patients peace of mind. Whether the procedure is associated with lower cost and/or greater survival remains a source of debate, and is likely mediated by patient age and tumor characteristics. Physicians need to make patients aware of the added risks of CPM, with its longer operative times and longer length of hospital stay. While there is no “right” answer for all patients, a shared decision-making model can likely deliver the most patient-centric outcome that blends the pros and cons of this complex question. 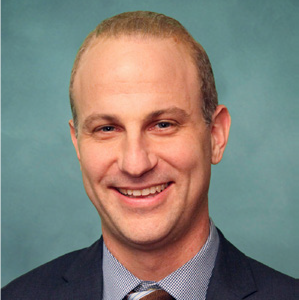 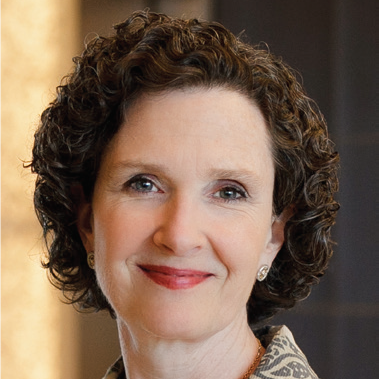