Patients with triple-negative and HER2-amplified breast cancers routinely have complete eradication of disease in up to 50 to 60% of patients in the breast and lymph nodes after effective neoadjuvant chemotherapy. We have reached a critical crossroad in the discussions, which began 30 to 40 years ago, regarding the potential safety of breast-conserving surgery compared with radical mastectomy, randomized clinical trials that began without modern-day breast imaging, and routine screening mammography. Although imaging has markedly improved, it remains ineffective in predicting which patients will have a complete pathologic response. It is our hypothesis that we can accurately identify patients who would be eligible for clinical trials to avoid surgery, and just follow with standard radiotherapy utilizing state-of-the-art image–guided, extensive vacuum-assisted core biopsy following neoadjuvant therapy by correlating final surgical pathology. If this feasibility study proves accurate, trials will shortly commence to test the safety of eliminating surgery in exceptional responders.

We have reached a pivotal time in the management of breast cancer, as there have been marked improvements in our systemic therapies resulting in complete pathologic responses (pCR) in the breast and lymph nodes, as much as 50% of the time.1,2 We are at a crossroad similar to the time, 30 to 40 years ago, when investigators were discussing the potential of breast-conserving therapy (BCT) and beginning randomized landmark clinical trials internationally, testing the hypothesis that conserving the breast, with or without the use of radiotherapy, was not inferior to the standard at that time, radical mastectomy. In this regard, it is interesting to note that these trials began before modern breast imaging and routine screening mammography. We have now known for decades that some patients will have a dramatic response to neoadjuvant chemotherapy, both at the primary site and lymph nodes, which suggests that the ultimate BCT might exclude the need for surgery at all.3,4

Taken together, with our understanding of breast cancer subtypes and response with better and better imaging, it becomes our obligation to test the hypothesis that surgery can be safely eliminated among patients with documented pathologic responses, a practice that has been utilized in other solid organ malignancies. The rationale for avoidance of breast and nodal surgery can be simply stated as: patients would prefer to not have surgery at all if their breast cancer can be safely and effectively treated without it. Although surgical techniques have improved substantially in the last two decades, surgery still can have an adverse personal impact with respect to physical, psychosocial, and sexual well-being, as well as other well-described complications.5-7

The main obstacle and challenge, with the elimination of breast cancer surgery among exceptional responders with neoadjuvant systemic therapy, is that current imaging is not accurate to predict pCR without surgery. The concept of proceeding directly to radiotherapy without surgery among patients with a good clinical response is not new.1 Prior studies attempting to deliver radiotherapy among complete clinical responders without breast surgery resulted in unacceptably high local regional recurrence rates.8-15

The other major issues with these studies—besides utilizing selection based on clinical response—were limited use of breast imaging for selection of patients, and they were also prior to our basic understanding of subtype response, best available systemic regimens, and, certainly, optimized modern breast imaging. It is also interesting to note that, on average, a breast imaging radiologic complete response occurs in about 20% of patients with the triple-negative and HER2 phenotype receiving preoperative systemic therapy, yet about 50% of patients will be found to have a pCR.1 Evaluation of documented nodal metastases and response to therapy are also very poor, with negative predictive values between 29% and 81%.1 Therefore, in order to also eliminate axillary surgery, it might be best to begin with patients who do not have documented or clinically detectable nodal disease based on physical examination, and at the minimum, an ultrasound evaluation.

By collaborating with breast radiologists and integrating image-directed extensive vacuum-assisted biopsy following neoadjuvant therapy, it is our hypothesis that we can accurately identify patients with a pCR without residual ductal carcinoma in situ or invasive breast cancer. This is currently being tested in MD Anderson Cancer Center protocol PA 2014-1039.16 Patients on this study have triple-negative or HER2 positive breast cancer receiving standard neoadjuvant chemotherapy. This group of patients was selected as they are the most likely to have a dramatic response with eradication of disease. Furthermore, patients with a pCR are also known, not only to have an increased overall and disease-free survival, but specifically, very low local regional recurrence rates.17

In our latest evaluation, the 5-year local regional recurrence rates were significantly less than those without a pCR, and, in fact, was only 2.6% and 1.4% among patients with HER2-positive and triple-negative disease, respectively.17 Patients are eligible for this study if they present with cancers less than 5 cm, have a partial or complete imaging response, and vacuum-assisted biopsy (VAB) is performed with a 9G device with a minimum sampling of six cores. The trial has specific endpoints related to a comparison of VAB versus fine-needle aspiration and a combination compared with final surgical pathology excision histology. If this proves to be an accurate and safe methodology, the sometimes overwhelming physical and emotional side effects of breast cancer treatments would likely be dramatically improved. Patients would much prefer going home with a bandage than a surgical procedure on their breasts. Accrual to this study has been brisk, and with over half of the patients accrued, the preliminary results of this study have been so promising, that it is our expectation that we will begin accrual on a definitive trial later this year to eliminate surgery among exceptional responders with triple-negative and HER2-positive disease with documented complete pCR by VAB. This will be followed by standard whole breast radiotherapy. Internationally, several groups, multi-center organizations, and cooperative groups, have commenced or are planning similar studies.18,19

The past half-century has witnessed remarkable clinical advancements and increased survival based on clinical trials for patients with breast cancer. It can be expected that there will be continued improvements in breast cancer systemic agents that will continue to yield higher and higher pathologic complete responses. Therefore, it is intuitive to consider whether or not surgery is necessary among these types of patients. The physical and psychological morbidity of surgery, particularly among patients with a diagnosis of invasive breast cancer, is tremendous. The opportunity to potentially increase patients’ quality of life, without impacting their long-term health, is our obligation, and this necessitates designing trials to advance the field. 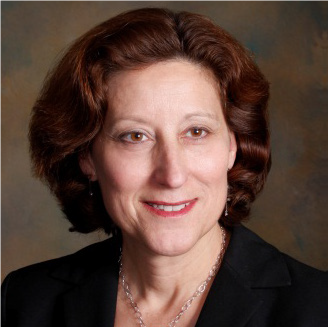 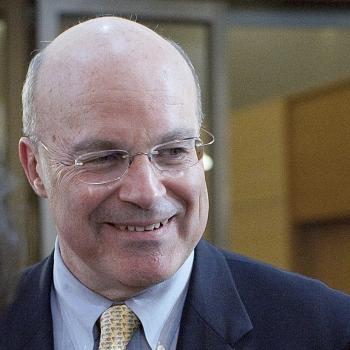