Immunotherapy has recently become a part of standard-of-care treatment for non-small cell lung cancer (NSCLC) with the recent FDA approval of nivolumab in the second-line setting for patients with advanced squamous cell carcinoma. Several other immunotherapeutics are currently under investigation for the treatment of NSCLC, including those that inhibit PD-1 and PD-L1. Data from early clinical trials show encouraging results with several of these drugs, particularly in terms of durability of response and tolerability. This review will provide an overview of the agents that inhibit the PD-1 axis that are currently furthest along in clinical development for NSCLC. It will also discuss challenges in interpreting the data in the setting of a complicated biomarker development strategy, as well as common toxicities seen with immunotherapy.

Immunotherapy has become a part of the standard-of-care treatment for patients with certain cancers. The initial FDA approvals were in melanoma, and more recently, the programmed death-1 (PD-1) inhibitor nivolumab was approved for use in squamous cell lung cancer. This represents a huge advance in the field, and an incredible opportunity for patients to receive a potentially beneficial therapy. This review will summarize the progress to date regarding the development of immunotherapies targeting the PD-1 axis for non-small cell lung cancer (NSCLC).


Rationale for the Use of Immunotherapy in NSCLC

There have been many failed attempts at developing an immunologic-based treatment for NSCLC, most notably vaccine therapy. Recent developments in the understanding of the defense that cancers use to evade the immune system have led to more rational therapies. The immune system utilizes a number of checkpoints to decrease the immune response to foreign antigens. This process protects the host against overwhelming inflammatory response and autoimmunity. However, tumors can also use the same checkpoints to dampen the anticancer immune response.

Over the past several years, the PD-1 axis has been implicated in this process, whereby PD-1 on immune cells binds to the PD ligand-1 (PD-L1) on tumor cells and prevents an immune system attack against the cancer. Interfering with this pathway has formed the basis of the immunotherapeutics against the PD-1 axis. The process is significantly more complicated than this, however, with multiple other checkpoints (including CTLA-4) hindering the immune response against cancer. Although not discussed here, combination immunotherapeutic strategies are being pursued in an attempt to overcome the complexity of the immune response against cancer (see article in the August issue of The American Journal of Hematology/Oncology, “PD-(L)1 Inhibitors and CTLA-4 Inhibitors: Rationale for Combinations and Recent Data in Non-Small Cell Lung Cancer”).

Four immunotherapeutic drugs are furthest along in clinical development at this time. Nivolumab and pembrolizumab inhibit PD-1 directly, whereas atezolizumab (MPDL3280A) and MEDI4736 block PD-L1. The Table provides an overview of the clinical activity of these drugs when used as single agents. The drugs also are being extensively studied in additional trials, including comparison trials versus chemotherapy and combination trials with other systemic therapies such as chemotherapy, targeted therapy, and other immunotherapies.

Nivolumab: Nivolumab is a fully humanized IgG4 antibody that blocks PD-1, thereby inhibiting its interaction with PD-L1 and PD-L2. The initial report of the phase I trial of nivolumab, which included many heavily pretreated patients, demonstrated an objective response rate (ORR) of 18% in patients with NSCLC, with a tolerable toxicity profile.1 More mature data from this trial demonstrate a median overall survival (OS) of 9.9 months, with a 3-year survival rate of 18%.2 Responses were durable, with a median duration of response (DOR) of 17 months among the 22 patients with an objective response.

Pembrolizumab: Another inhibitor of PD-1, pembrolizumab, is also a humanized IgG4 antibody. The KEYNOTE-001 trial5 studied pembrolizumab at various dosages and found that treatment was safe and tolerable overall, with a response rate of 19.4% at all dosage levels, with a median OS of 12 months. Responses were also durable in this trial, with a median DOR of 12.5 months. Although pembrolizumab is currently approved only for use in melanoma, the data for its use in NSCLC also appear extremely strong.

MEDI4736: This IgG1 antibody developed to inhibit PD-L1 has also been shown to have significant activity in patients with NSCLC. The cohort of patients with NSCLC in the phase I trial with this agent showed a 14% ORR, and treatment was safe and tolerable.8 Analysis in patients with PD-L1 positivity yielded an ORR of 23%, and responses were durable in many cases.


Toxicity of PD-1 and PD-L1 Inhibitors

Overall, the PD-1 and PD-L1 inhibitors are well tolerated with manageable toxicities. Adverse events common to all PD-1-axis agents include fatigue, endocrinopathies (particularly thyroid dysfunction), rash, pneumonitis, colitis, and hepatitis. Pneumonitis in particular is an important toxicity to note, as it resulted in several deaths in the early-phase trial of nivolumab. Since the recognition of the potential severity of this toxicity, early recognition and aggressive treatment has appeared to minimize the mortality due to pneumonitis. In general, the toxicities associated with PD-1 and PD-L1 agents are controllable with immunosuppression. Corticosteroids are usually sufficient, although in refractory cases, other agents such as infliximab or mycophenolate mofetil can be used. Theoretically, patients with underlying autoimmune conditions may have a higher risk of immune-related toxicity; however, this has not been clearly defined because these patients are typically excluded from clinical trials of immunotherapeutics.


The Search for a Biomarker

The drugs inhibiting the PD-1 pathway clearly have activity in a subset of patients with NSCLC. However, it is equally clear that many patients do not benefit from treatment with these agents. Biomarker development has been an active area of research that is still ongoing.

PD-L1 expression as measured by IHC has been explored most thoroughly to date, with several trials requiring PD-L1 positivity for eligibility; other trials have included all patients regardless of PD-L1 status, but have retrospectively analyzed tumor tissue for biomarker expression. There are several shortcomings with the use of PD-L1 as a biomarker. First, several different assays to test PD-L1 expression have been used, so it is challenging to compare results across trials. Additionally, various thresholds have been used to determine PD-L1 positivity, with some analyses using a 1% cutoff to consider a tumor PD-L1-positive, and other data being reported with a much higher cutoff.

There also may be variability of PD-L1 expression at different sites of disease and at different time points during the treatment course (ie, before or after chemotherapy). PD-L1 can be expressed on multiple cell types, including tumor cells, immune cells, and within the microenvironment, further complicating the interpretation of results. Moreover, although PD-L1 expression does seem to correlate with increased response rates to PD-1 and PD-L1 inhibitors, patients without PD-L1 expression can also derive benefit from these agents, with a response rate of up to 20%.6 At this time, nivolumab is FDA-approved for use in patients with squamous cell lung cancer regardless of PD-L1 status; whether other immunotherapeutic drugs will be approved with or without a companion diagnostic biomarker remains to be seen.

Other biomarkers have been explored beyond PD-L1 expression. Interestingly, tumor mutation burden (as determined by whole-exome sequencing) appears to predict for benefit from the PD-1 inhibitor pembrolizumab,9 potentially due to an increase in neoantigen expression by tumor cells, which enhances recognition by immune surveillance. This finding is intriguing but requires further validation before utilizing it as a predictive biomarker in practice. Other clinical features, which include a history of cigarette smoking, also appear to correlate with benefit from PD-1 inhibitors; however, selecting patients based on clinical factors is not appropriate at this point while the data are still immature.

This is an extremely exciting time in the field of thoracic oncology due to the development of immunotherapeutic drugs targeting the PD-1/PD-L1 pathway. Several of these agents are currently under development, with nivolumab recently FDA-approved for use in second-line treatment of patients with squamous cell lung cancer. Key areas of ongoing investigation are elucidating a predictive biomarker, determining the most appropriate line of therapy to use these drugs, and defining whether combination with other agents (including chemotherapy, targeted therapy, or other immunotherapies) can provide additional benefit. Additionally, we are just starting to see use of PD-1 and PD-L1 inhibitors in earlier stages of lung cancer, which holds the intriguing possibility of improving cure rates. Drugs targeting the PD-1 axis have already reshaped the landscape of lung cancer treatment, and will clearly continue to do so in the future.

Affiliation: Sarah B. Goldberg, MD, is from the Yale School of Medicine, New Haven, CT. 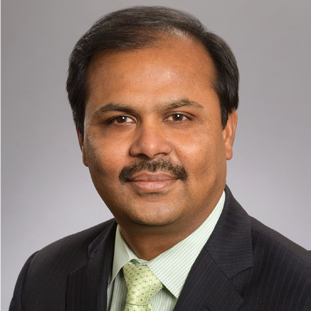 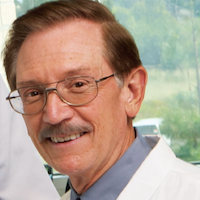 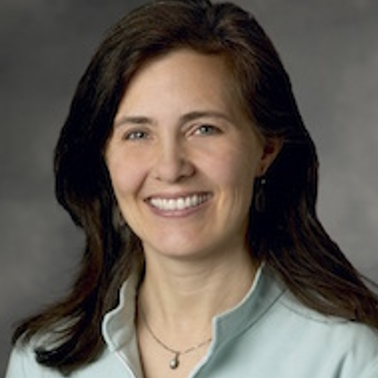