Since the mid-1980s, all-trans retinoic acid (ATRA) has been administered to treat acute promyelocytic leukemia (APL) with remarkably high cure rates. Although used universally for this leukemia, there are a number of associated side effects and complications with ATRA. We describe a patient with high-risk APL who was treated with ATRA (45 mg/m2/day) and developed bone marrow necrosis, requiring transitioning to arsenic trioxide (ATO) therapy (0.15 mg/m2 for 2 cycles, 5 weeks each). The patient demonstrated persistent necrosis after several months of ATRA cessation, with continued recovery of hematopoiesis. It is possible that the incidence of necrosis is dependent upon the dosage of ATRA; however, further research is necessary to determine causes of persistent necrosis in patients with high-risk APL. We present the case and a brief discussion suggesting the underlying premise of this complicating phenomenon.

Acute promyelocytic leukemia (APL) is responsible for over 10% of adult acute myeloid leukemia (AML).1 More than 98% of patients with APL carry the t(15:17) translocation, which fuses the retinoic acid receptor alpha (RARα) gene with the promyelocytic leukemia (PML) gene.2,3 The expression of the PML-RARα transcript represses retinoic acid–induced myeloid differentiation through histone deacetylation or methylation.2,4 Historically, APL conferred a poor prognosis due to hemorrhagic complications prior to the introduction of all-trans retinoic acid (ATRA).1 ATRA acts as a ligand and overcomes the pathophysiologic resistance in APL cells to induce differentiation of immature primitive promyelocytes.2 The introduction of ATRA plus an anthracycline-based chemotherapy for the treatment of APL significantly increased relative survival compared with anthracycline-based chemotherapy alone.2 This advancement made this combination the standard-of-care treatment for APL. Soon after the introduction of ATRA, the discovery and clinical administration of arsenic trioxide (ATO) was used for relapsed and refractory APL.5-7 In the presence of ATO, the formation of reactive oxygen species is induced, causing apoptosis of APL cells via DNA fragmentation.2 Several studies have shown significant improvements in survival outcomes for patients receiving ATO in addition to standard induction for untreated APL or consolidation therapies.7-11 ATO also has been used for untreated APL as a single agent.7,12,13

While substantially efficacious, ATRA-based therapy is notably toxic. The most common and severe side effect is APL differentiation syndrome, characterized by unexplained fever, peripheral edema, hemorrhagic and thrombotic sites, hypotension, respiratory distress, and end-organ failure.14-16 Other side effects include hyperleukocytosis, idiopathic intracranial hypertension, and other hematologic toxicities.15 Here we report a rarely reported phenomenon of persistent bone marrow necrosis in a patient with high-risk APL attributed to ATRA.

A 47-year-old woman with a history of hypertension, dyslipidemia, and type 2 diabetes was transferred from an outside hospital where she presented with several months’ history of generalized bruising, ocular bleeding, vaginal bleeding, and progressive lassitude. Her physical exam was remarkable only for generalized fatigue and skin bruising. Her laboratory values were notable for leukocytosis and thrombocytopenia (Table).

On the patient’s peripheral smear, occasional larger immature cells were present with nuclear folds, powdery chromatin, and prominent granules, with a few cells containing Auer rods. Initial bone marrow aspirate exhibited immunohistochemical expression of CD13, CD33, and dim/ HLA-DR, 11B, and low expression of CD34 and CD117 on flow cytometry with cytogenetic analysis, demonstrating the classic PML-RARα translocation. The estimated cellularity was 70% with 10% myeloid blasts, with no other histopathologic aberrancies noted. The histologic images were taken at the outside hospital and were not readily available; however, the report did not express any preexisting bone marrow necrosis. The patient was started on a high-risk-protocol AIDA regimen (ATRA 45 mg/m2/day, idarubicin [IDA] 12 mg/m2 IV on days 2, 4, 6, and 8).

This report was thought to be most consistent with extensive bone infarctions with interval evolvement and progression. The PML-RARα by PCR was found to be negative. As the bone marrow necrosis was suspected to be secondary to ATRA, it was removed from subsequent therapy on Day 53.

After the biopsies, the patient’s physical exam findings and laboratory results were unremarkable. The degree of unknown risk due to the findings on 2 bone marrow samples of bone marrow necrosis were conveyed to the patient. The patient was placed on arsenic trioxide (ATO) 0.15 mg/m2 for 2 cycles, 5 weeks each, with no apparent toxicities and only moderate anemia. One week after the second cycle of ATO, 4 months after the first biopsy, a repeat bone marrow biopsy of the left posterior iliac crest was performed. The peripheral smear showed normochromic, macrocytic anemia (Hgb 9.2 g/dL, MCHC 32.8%, MCV 117 fL) and leukopenia (white blood cells [WBC] 3200/mL). The bone marrow had 1.3% myeloid blasts. Interval comparison with the previous bone marrow biopsy showed continued marrow necrosis. However, while the previous bone marrow showed small areas of viable normocellular marrow, trilineage hematopoiesis, and 50% cellularity, the latest biopsy showed extensive necrosis with rare viable cells, specifically a small subset of CD11b-, CD13-, CD117-positive and CD34-, HLA-DR-negative immature myeloid cells by flow cytometry. Given the extensive necrosis, it was not possible to further assess the myeloid blasts by morphology. Subsequent MRI of the chest and pelvis demonstrated extensive bone infarcts involving the sternum, the visualized clavicles, ribs, spine, pelvis, and proximal femurs.

Maintenance therapy was initiated with methotrexate (MTX) 35 mg weekly and mercaptopurine (6-MP) 50 mg twice daily for 2 years. The PML-RARα by PCR was found to be negative throughout the 2 years. The dosage of 6-MP was increased to 150 mg, alternating with 100 mg 10 months after her diagnosis. The patient was doing well until a year into her treatment, when she was hospitalized several times over the course of 2 months for gastroenteritis and acute respiratory distress syndrome (ARDS). During those 2 months, she did not receive therapy. She gradually recovered with improvement in her complete blood cell counts (WBC 7400/μL, Hgb 11.3 g/dL, Hct 36%, platelets 310,000/ μL) and slowly resumed 6-MP 100 mg alternating with 50 mg and MTX 20 mg weekly until she completed her maintenance therapy 2.5 years after initial diagnosis.

Acute promyelocytic leukemia accounts for over 10% of adult acute myeloid leukemia,1 making it a relevant disease in the realm of hematologic malignancies. Since the introduction of ATRA, there has been an exceptionally high cure rate of APL, specifically when complemented with anthracycline-based chemotherapy.2 There are several management strategies for patients with high-risk APL, as outlined in the National Comprehensive Cancer Network (NCCN) guidelines (Figure 3).17 Regardless of the chosen regimen, therapy for APL involves the inclusion of ATRA throughout the induction, consolidation, and maintenance phases to augment curative potential in this disease. Historically, anthracycline-based therapy in conjunction with ATRA has been considered the backbone of induction for high-risk APL.17 While APL confers an atypically favorable prognosis in the spectrum of an otherwise fatal subgroup of leukemias, anthracycline-based therapy poses considerable risk for the development of cardiotoxicity and the potential for secondary AML. Given the propensity of accentuated toxicity, nonanthracycline-containing induction options, including double differentiation therapy with ATO and ATRA, also have been incorporated into the therapeutic armamentarium of APL without compromising efficacy, as evidenced in the case patient. Ultimately, however, the incorporation of ATO therapy into the management of APL should be considered judiciously in patients who are unable to tolerate anthracycline-based therapies, as also supported by the NCCN guidelines. This is especially valid because ATO provides a highly efficacious salvage option in patients who relapse in the course of their management of APL.

Here, we reported the case of a patient who experienced persistent bone marrow necrosis after ATRA and IDA induction therapy for APL, despite cessation of ATRA. Although ATRA-induced bone marrow necrosis has been documented,18-20 this case is notable in that our patient demonstrated continual bone marrow necrosis several months subsequent to stopping ATRA therapy. It is interesting to note that the patient had evidence of hematopoietic recovery despite the necrotic effects of ATRA and shifting to ATO treatment.

Bone marrow necrosis is conjectured to result from poor blood supply to the marrow21 or increased oxygen demand of the marrow, as evidenced in necrosis of other tissue types. The most common cause of bone marrow necrosis is malignancy, in particular hematologic malignancy, including acute leukemia.18,21,22 It is reasonable to postulate that the APL by itself could have caused the bone marrow necrosis as evidenced in this patient23; however, one would have expected necrosis on the initial bone marrow aspirate prior to ATRA induction, which was not the case (stipulating the absence of a tissue sampling error). Furthermore, as we did not perform a baseline MRI prior to the patient’s diagnostic bone marrow biopsy, it is difficult to conclusively correlate the presence or absence of antecedent necrosis prior to ATRA induction. However, the preponderance of the available clinical evidence seems to argue against leukemia-induced necrosis in our patient. This is especially persuasive in light of the persistent necrosis that ensued despite presumed eradication of APL by molecular testing and immunophenotyping up to 2 years after maintenance therapy, which one would expect to reverse in the absence of the causal agent—in this case, APL. Therefore, we feel strongly that the necrosis occurred in this patient as a result of ATRA exposure.

The association of ATRA with induced bone marrow necrosis is poorly understood, but is thought to be a consequence of increased differentiation of leukemic cells resulting in a surge of oxygen demand, leading to a supply-and-demand mismatch.22 The pathogenic mechanism of persistent bone marrow necrosis despite cessation of ATRA therapy is intriguing and not well elucidated. The initial 10% myeloid blasts in the bone marrow may have led to irreversible microvascular destruction, which was further compounded by ATRA, thus resulting in increased oxygen demand, microthrombotic events, and consequent bone marrow infarcts.

One key feature of this case is that our patient had high-risk APL features (WBC >10,000/μL, platelets <40,000/ μL). General practice for patients who fall into the high-risk category is treatment with ATRA and an anthracycline agent, as was performed in this case. Studies have shown that using ATO in combination with ATRA leads to similar response rates in patients with low- and intermediate-risk disease compared with the AIDA regimen.7 However, it is not clear whether these outcomes can be applied to patients with high-risk disease, as was evident in our patient.

Currently, there are no studies investigating whether therapy can be altered based on disease risk without altering the overall outcome, as was seen in our patient. The hope is to provide targeted therapy without causing inadvertent toxicities. Upon review of relevant literature, along with this particular case, common traits that place patients at higher risk for bone marrow necrosis include high-risk features and increased cellularity and blast counts.22 Additionally, it is unclear whether the incidence of marrow necrosis is dependent upon the dosage of ATRA. Another approach might be to induce these patients with reduced dosages of ATO instead of ATRA; however, bone marrow necrosis has also been reported with the use of high dosages of ATO.24,25

Acute promyelocytic leukemia is the first neoplasm to have been treated with a molecularly targeted drug, representing a shift of theory in the treatment of cancer.26-28 Combination therapy with ATRA plus anthracycline-based chemotherapy has led to cure rates of over 80%.7 Although rare, bone marrow necrosis has been associated with ATRA therapy, particularly in patients with high-risk disease features and increased cellularity and blast counts. Whether the incidence of necrosis is dependent upon the dosage of ATRA is not known, but this possibility warrants further research in patients with high-risk APL. Additional management of marrow necrosis also poses a challenge and may result in aggregate morbidity burden in affected populations.

Acknowledgments: The authors would like to thank the Hematopathology Department at the University of Arizona College of Medicine for providing the histological slides for this article.

Ethical approval: Written informed consent was obtained from the patient in this case study.

Disclosures: The authors report no relevant financial conflicts of interest to disclose. 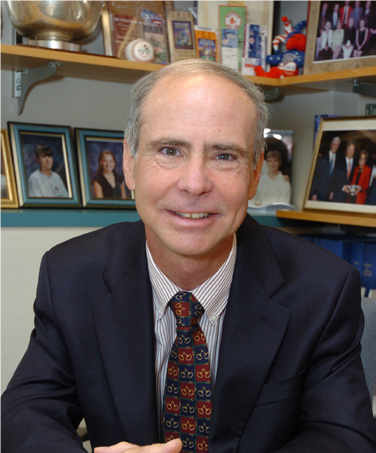 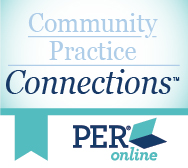