Novel insights into the critical role that angiogenesis plays in non-small cell lung cancer (NSCLC) have led to the development of multiple antiangiogenic strategies. These agents target the vascular endothelial growth factor (VEGF)/VEGF receptor pathway, a key mediator of tumor survival, migration, and mobilization, and broadly fall into 2 categories: neutralizing monoclonal antibodies and small-molecule tyrosine kinase inhibitors. This article reviews the clinical experience with these agents in advanced NSCLC, and discusses future implications and strategies of such an approach.

Lung cancer remains the leading cause of cancer-related mortality worldwide.1 Over the past decade, the development of molecularly targeted therapies coupled with the emergence of immunotherapy has reshaped our approach to the treatment of advanced non-small cell lung cancer (NSCLC). In addition, novel insights into the critical role of angiogenesis in NSCLC development and progression have led to the development of multiple antiangiogenic strategies. These include agents targeting the vascular endothelial growth factor (VEGF)/VEGF receptor (VEGFR) pathway, a key mediator of both normal and pathologic angiogenesis implicated in tumor survival, migration, and mobilization.2-6 This review focuses on the recent developments of antiangiogenic therapies in NSCLC, which fall broadly into 2 categories: neutralizing monoclonal antibodies (mAbs) and small-molecule tyrosine kinase inhibitors (TKIs).

Several mAbs targeting VEGF and VEGFR have been clinically evaluated, including bevacizumab, and more recently, ramucirumab. Bevacizumab, a humanized mAb to VEGF, interferes with VEGF binding to VEGFR.7 It is the most extensively evaluated agent in advanced lung cancer and is currently FDA-approved for use in combination with chemotherapy for patients with advanced nonsquamous NSCLC. Although reviewing all studies evaluating bevacizumab in NSCLC is outside the scope of this review, several important phase III studies warrant discussion (Table 1). 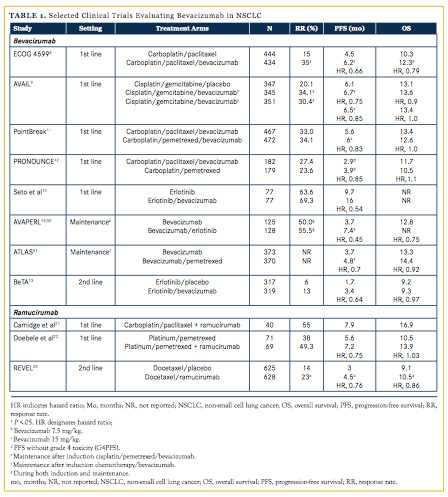 Two phase III studies, Eastern Cooperative Oncology Group (ECOG) 45998 and the AVAiL trial,9 evaluated the addition of bevacizumab to platinum-based chemotherapy versus platinum-based chemotherapy alone. The ECOG 4599 study evaluated the addition of bevacizumab to platinum chemotherapy followed by maintenance bevacizumab. In this trial, the addition of bevacizumab (15 mg/kg) to carboplatin/paclitaxel improved response rate (RR; 35% vs 15%; P <.001), progression-free survival (PFS; 6.2 vs 4.5 months; P <.01), and overall survival (OS; 12.3 vs 10.3 months; hazard ratio [HR], 0.79; P <.01) compared with carboplatin/paclitaxel alone.8 A post-hoc subset analysis of the 602 patients with adenocarcinoma from this trial demonstrated a more pronounced survival advantage with bevacizumab (14.2 vs 10.3 months; HR, 0.69; 95% CI, 0.58-0.83).10 Grade 3-5 adverse events (AEs) that were more pronounced in the bevacizumab arm included hemorrhage (4.7% vs 1.1%), hypertension (7.7% vs 0.7%), and proteinuria (3.1% vs 0%). There also were 15 treatment-related deaths in the chemotherapy-plus-bevacizumab group, including 5 from pulmonary hemorrhage, versus 2 treatment-related deaths in the chemotherapy-alone group.

Several trials evaluating bevacizumab in combination with platinum/pemetrexed for patients with nonsquamous NSCLC have also been completed. Two of these studies, PointBreak11 and PRONOUNCE,12 directly compared pemetrexed-containing regimens to the ECOG 4599 reference regimen of carboplatin/ paclitaxel/bevacizumab. The PointBreak study randomized patients to either induction carboplatin/paclitaxel/bevacizumab followed by maintenance bevacizumab or to carboplatin/ pemetrexed/bevacizumab followed by maintenance pemetrexed/ bevacizumab.11 Maintenance was delivered for those patients with nonprogressive disease after induction therapy. Unfortunately, this study failed to demonstrate a survival advantage with the carboplatin/pemetrexed/bevacizumab (12.6 vs 13.4 months; HR, 1.0; P = .949). Both regimens were well tolerated but resulted in different toxicity profiles, with more grade 3-4 anemia (14.5% vs 2.7%), thrombocytopenia (23.3% vs 5.6%), and fatigue (10.9% vs 5.0%) in the pemetrexed arm and more grade 3 or 4 neutropenia (40.6% vs 25.8%), febrile neutropenia (4.1% vs 1.4%), neuropathy (4.1% vs 0%), and alopecia (grade 1 or 2; 36.8% vs 6.6%) in the paclitaxel-containing arm.

The PRONOUNCE study randomized patients to either carboplatin/paclitaxel/bevacizumab induction followed by maintenance bevacizumab (CbPacBev) or to carboplatin/ pemetrexed followed by maintenance pemetrexed (CbPem).12 Similar to the PointBreak study, maintenance was given only in the absence of progressive disease in the induction regimen. The primary endpoint of PFS without grade 4 toxicity (G4PFS) was not met (3.91 for CbPem and 2.86 for CbPacBev; HR, 0.85; 90% CI, 0.7-1.04; P = .176). Although this study was not powered for OS, there also was no difference in survival between the 2 regimens, suggesting that a non-bevacizumab, pemetrexed-containing regimen may be as efficacious as the ECOG 4599 regimen.

In the second-line setting, the BeTa trial13 compared the addition of bevacizumab to erlotinib versus erlotinib plus placebo in unselected patients who had progressed on frontline therapy. Although there was an improvement in RR (13% vs 6%) and PFS (3.4 vs 1.7 months; HR, 0.62; 95% CI, 0.52-0.75) in favor of the bevacizumab arm, there was no significant survival benefit (9.3 vs 9.2 months; HR, 0.97; P = .76). Interestingly, a post-study biomarker analysis showed that the addition of bevacizumab to erlotinib had a more pronounced effect in the subgroup of patients who harbored EGFR mutations.14

Given the potential predictive utility of EGFR mutations for bevacizumab treatment, a recent Japanese study was conducted to address the role of bevacizumab in combination with erlotinib in patients with advanced-stage, treatment-naïve disease with activating EGFR mutations.15 This randomized phase II study demonstrated that the addition of bevacizumab to erlotinib significantly improved PFS compared with erlotinib alone (16 vs 9.6 months, respectively; HR, 0.54; P = .0015). At the time of publication, OS data were immature and had not been reported. The randomized phase II study evaluating this combination regimen in patients with EGFR-mutant lung cancer is being conducted in the United States.16

Ramucirumab is the fully humanized mAb that targets VEGFR2, which binds to the VEGF ligand. VEGFR2 is considered to be the most important receptor of the VEGFR family and mediates the majority of VEGF downstream signaling effects.17-19 Ramucirumab has been evaluated in both treatment-naïve and refractory NSCLC.

Two phase II studies have also evaluated the addition of ramucirumab to platinum doublet chemotherapy in the first-line setting.21,22 In a single-arm study, ramucirumab was combined with carboplatin/paclitaxel followed by ramucirumab maintenance.21 The RR and 6-month PFS were 55% and 59%, respectively. Median PFS was 7.9 months and OS was 17.9 months. Another phase II study randomizing patients to either platinum/pemetrexed or platinum/pemetrexed/ramucirumab demonstrated no significant difference in PFS (5.6 vs 7.2 months, respectively; HR, 0.75; P = .132).22 Currently, other clinical trials with ramucirumab in combination with first-line chemotherapy are ongoing, including cisplatin and gemcitabine for squamous histology and cisplatin and pemetrexed in nonsquamous NSCLC.23

The practice-changing results from mAbs have led to the development of other antiangiogenic agents, including small-molecule TKIs targeting VEGFR. To date, several phase II and III clinical trials have been conducted evaluating multitargeted TKIs, with activity mainly directed at VEGFR2. These drugs, including vandetanib, sorafenib, sunitinib, pazopanib, nintedanib, axitinib, cediranib, and motesanib (Table 2), have been evaluated as single agents and in combination with chemotherapy or erlotinib.24-45 Although many of these studies have demonstrated modest improvements in RR and PFS, none have translated into significant survival advantages. One agent, nintedanib, warrants further discussion due to more promising activity. 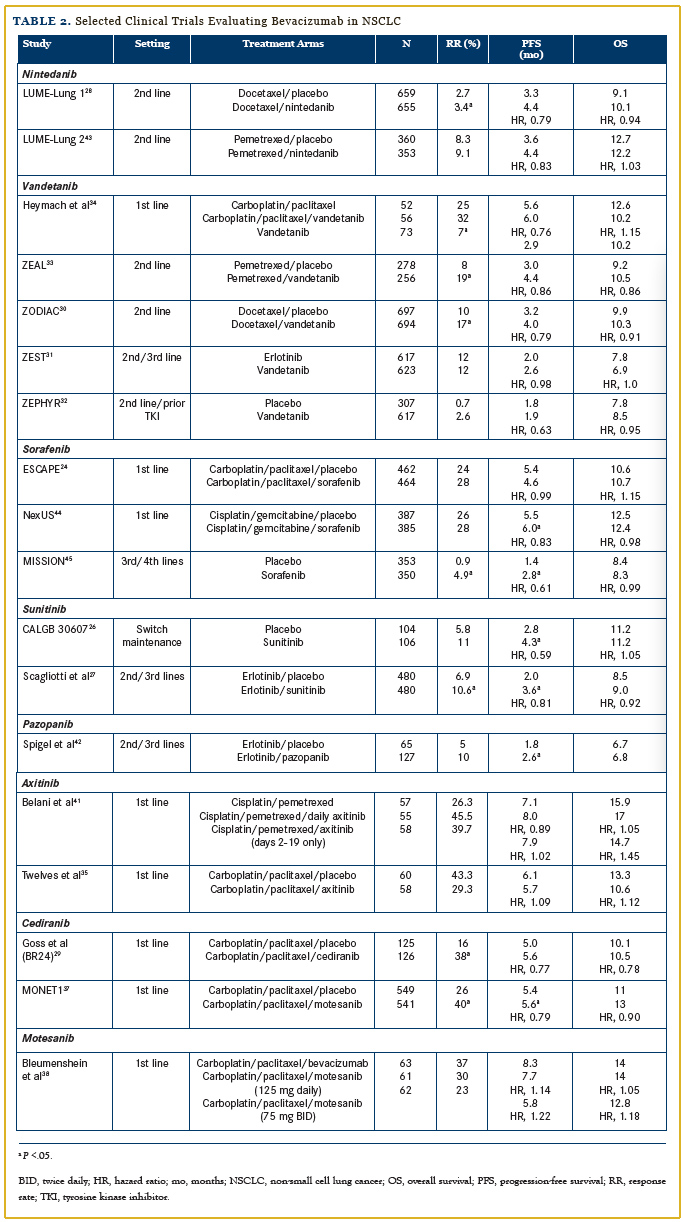 The LUME-Lung 1 study28 was a multinational, randomized, phase III clinical trial that assessed the addition of nintedanib (200 mg twice daily) to docetaxel (75 mg/m2) in patients with advanced NSCLC with any histology who had progressed after frontline therapy. A total of 1314 patients were randomized to docetaxel plus nintedanib versus docetaxel plus placebo. The primary endpoint, PFS, was significantly improved in the docetaxel/nintedanib arm compared with docetaxel alone (3.4 vs 2.7 months; HR, 0.79; P = .0019). While no significant improvement in OS was seen in the intent-to-treat population (10.1 vs 9.1 months; HR, 0.94; P = .2720), there was statistically significant improvement in OS for patients with adenocarcinoma histology (12.6 vs 10.3 months, respectively; HR, 0.83; P = .0359). Grade ≥3 AEs that were more common in the combination arm included diarrhea (6.6% vs 2.6%) and reversible transaminitis (3.5% vs 0.5%).28 Based on the subset analysis of patients with adenocarcinoma from LUME-Lung 1, the randomized, phase III LUME Columbus trial46 is evaluating the efficacy of docetaxel in combination with nintedanib in patients with adenocarcinoma histology who have progressed on first-line therapy.

Cost-Effectiveness of Antiangiogenic Drugs in NSCLC

Drug costs and the definition of “value” have become important considerations when treating all cancers, including NSCLC. The cost-effectiveness of antiangiogenic drugs such as bevacizumab should be factored in when making treatment decisions. Several cost-effective analyses of bevacizumab have demonstrated the use of this drug in NSCLC to be associated with a cost of $350,000 per life-year gained.47,48

Over the past decade, recognition of the VEGF/VEGFR pathway as a crucial mediator of tumor survival and growth has sparked interest in the development of antiangiogenic agents for NSCLC. Several strategies have been exploited, only 2 drugs, bevacizumab and ramucirumab, have demonstrated survival advantages in patients with treatment-naïve and refractory NSCLC, respectively. Moving forward, several questions remain regarding future trials and the routine clinical use of these agents. First, the utility of additional clinical trials evaluating TKIs in unselected patient populations is unclear, given that none of these agents have demonstrated improvements in survival, thus far. The exception to this has been nintedanib, which demonstrated a survival advantage in the subset of patients with adenocarcinoma in LUME-Lung 1.

Second, no clear predictive biomarkers have been identified to guide therapy selection for this class of drugs. Because of the genomic heterogeneity of NSCLC, molecular enrichment strategies have become paramount in identifying patients eligible for targeted therapies. Given the cost and potential toxicity of these drugs, further studies to identify serum and tissue biomarkers are urgently needed. The recently reported results from the Japanese study and the ongoing US phase II ACCRU study evaluating bevacizumab in combination with erlotinib in EGFR-positive patients may define a molecular niche for this agent.

Third, it remains unclear whether bevacizumab and ramucirumab should be combined with any nontaxane cytotoxic chemotherapy. Although bevacizumab added to carboplatin/ paclitaxel demonstrated a survival advantage, this agent added no survival benefit when combined with cisplatin/gemcitabine and has never been evaluated combined with platinum/ pemetrexed compared with platinum/pemetrexed alone. Finally, the cost-effectiveness of antiangiogenic drugs should be factored in when making treatment decisions.

We look forward to future studies evaluating novel agents exploiting the VEGF pathway, and hope that further efforts will help better define which patients are more likely to benefit from such strategies.

Acknowledgments: All authors have contributed equally to the manuscript.

Oncology Best Practice™ Series: Key Questions for the Community on the Detection and Treatment of MRD
Expires on
November 30, 2022
CME
1.0
Start Activity 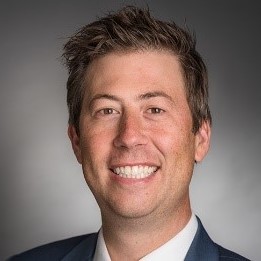 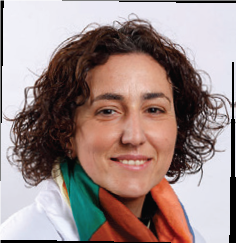