Testing of immune checkpoint inhibition in cancer types in which immune exhaustion may play a role has become a priority in oncology. Substantial evidence exists that a subset of squamous cell cancers of the head and neck display phenotypic changes that predict activity for immune checkpoint inhibitors, treatments that interfere with PD-1 or CTLA-4-dependent immune tolerance. CD8+ tumor-infiltrating lymphocytes are associated with improved survival after chemoradiation for both human papillomavirus (HPV)-associated and HPV-negative head and neck cancer. Cancer antigens may be present in the head and neck either because of mutations that lead to unique protein structures (neoantigens) or from the expression of viral antigens in HPV-associated cancers. The PD-1 inhibitor pembrolizumab was tested in patients with PD-L1–expressing head and neck cancer. The overall response rate (ORR) to pembrolizumab was 19.6% (95% CI, 10.2%-32.4%), with the median duration of response not reached at 8+ to 41+ weeks. Data supporting the activity of immune checkpoint inhibition in squamous cancer of the head and neck have also been obtained with the anti-PD-1 antibody MEDI4736. The ORR for this agent in a multitumor-type study was 11%; among PD-L1– positive patients, 4 of 17 (24%) responded compared with 1 of 33 (3%) PD-L1–negative patients. A large number of ongoing or recently completed trials are reviewed.

The recent revolution in our understanding of the importance of the immune response to cancer has led to remarkable new therapies for melanoma, renal cell cancer, and non–small cell lung cancer. Responses to immune checkpoint inhibitors are seen in cancers that are quite varied, and the responses can be of long duration. For this reason, rapidly moving to study immune checkpoint inhibition in additional cancer types in which immune exhaustion may play a role has become a priority in oncology.

Substantial evidence exists that a subset of squamous cell cancers of the head and neck (SCCHN) display phenotypic changes that predict activity for immune checkpoint inhibitors.1 The endogenous T-cell compartment recognizes peptide epitopes displayed on major histocompatibility complexes on surfaces of malignant cells; thus, both antigen expression within tumors and immune cell infiltration of the tumor and its environment are important to characterize. CD8+ tumor-infiltrating lymphocytes (TILs) are associated with improved survival after chemoradiation for both human papillomavirus (HPV)-associated and HPV-negative SCCHN.2 Nonmutated proteins to which T-cell tolerance is incomplete because of a restricted tissue expression pattern may act as cancer rejection antigens. An additional class of antigens, referred to as neoantigens, are formed by peptides not coded by the normal human genome, but rather created by tumor-specific DNA alterations.

Linnemann and colleagues used a cancer exome–based approach to identify neoantigens that can be recognized by T cells.3,4 Mutations that generate a novel protein sequence were identified and potential MHC-binding peptides were predicted for each. T-cell reactivity against the predicted neoantigens was then determined, revealing that only a minority of novel peptides resulting from mutation in cancers are immunogenic; however, higher mutational burden is predicted to result in greater expression of immunogenic antigens, perhaps explaining the high activity of immune checkpoint inhibition in such hypermutable states as microsatellite instable colon cancer.5

Given the frequency of loss of tumor suppressor functions and the resulting known high mutational burden of HPV-negative SCCHN, the expression of mutationally associated neoantigens is predicted to be high in these cancers. APOBEC3B cytosine deaminase activity is induced in virally infected cells, and analysis of The Cancer Genome Atlas SCCHN samples reveals a mutagenesis pattern consistent with APOBEC-mediated effects, raising the possibility that neoantigens are increased in HPV-associated cancers as well.6

An additional pool of cancer rejection antigens of great relevance to SCCHN are viral antigens from viral open reading frames in virally associated cancers such as HPV-positive oropharynx cancer and Epstein-Barr virus–positive nasopharynx cancer. Lastly, viral infection has been associated with increased PD-L1 expression and expression of interferon response genes, also potentially setting the stage for effective use of immune checkpoint inhibition in the setting of virally associated cancers.

The PD-1 inhibitor pembrolizumab was tested in a disease-specific expansion cohort of patients with SCCHN in the phase Ib KEYOTE-012 study.7 Patients were eligible who had expression of the PD-1 ligand PD-L1, defined as at least 1% of tumor cell or stromal PD-L1 staining with a proprietary antibody. Archival tissue was acceptable for PD-L1 staining. Among the 104 patients screened, 81 (78%) were PD-L1–expressing, with the majority of PD-L1–positive cases displaying less than 20% PD-L1 staining. Human papillomavirus association for SCCHN was determined by local p16 immunohistochemical staining, and strong and diffuse staining of at least 70% of cells was required to deem a tumor p16-positive (HPV-associated). Of 61 eligible patients, 36 were p16-negative and 23 were p16-positive, with the status not known for two patients.

The overall response rate (ORR) to pembrolizumab per Response Evaluation Criteria in Solid Tumors, version 1.1 (RECIST v1.1), by investigator assessment was 19.6% (95% CI, 10.2%-32.4%), with the median duration of response not reached at 8+ to 41+ weeks. The response rate was higher for patients with higher-level PD-L1 staining or expression of a 6-gene interferon response signature. PD-L2 expression may also be associated with improved response.8 Patients included in the analysis were those with measurable disease at baseline who received ≥1 dose of pembrolizumab and had ≥1 post-baseline tumor measurement or who discontinued the study due to progressive disease or an adverse event.

Data supporting the activity of immune checkpoint inhibition in SCCHN also have been obtained with the anti-PD-1 antibody MEDI4736. The ORR for this agent in a multitumor-type study was 11%; among PD-L1–positive patients, 4 of 17 (24%) responded compared with 1 of 33 (3%) PD-L1–negative patients.9

Numerous current trials are attempting to ascertain the significance of these responses for the future treatment of patients with SCCHN, including several phase 3 trials (Table). The Trial of Nivolumab vs Therapy of Investigator’s Choice in Recurrent or Metastatic Head and Neck Carcinoma (CheckMate 141; NCT02105636) is open to patients with tumor progression or recurrence within 6 months of the last dose of platinum therapy in the adjuvant, primary, recurrent, or metastatic setting, and has an accrual target of 360 patients. The primary endpoint of the study is overall survival. A similar design is used in a phase 3 trial of pembrolizumab (MK-3475-040/KEYNOTE-040; NCT02252042) for patients with a history of failure of prior platinum therapy. This study has co-primary endpoints in the general population and in the population of PD-L1 strong-expressing cancer, with a sample size of 600. 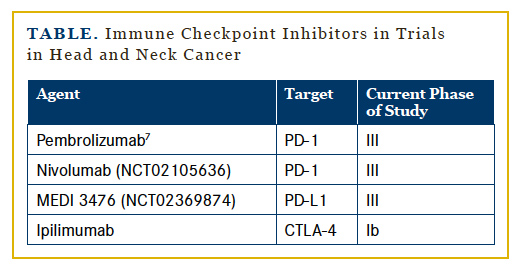 The possibility of durable response with less toxicity than usually seen with cisplatin-based approaches has also led to the question of whether immune checkpoint inhibition has a role in the first-line treatment of metastatic/recurrent SCCHN and if so, how it would best be integrated with current therapies. The implications of standard therapy for responsiveness to immunotherapy are not fully understood. Standard treatments may lead to tolerogenic or immunogenic cell death; phenotypic changes in surviving cells that may be immunomodulatory have been described in several tumor types, and preclinical models support combination therapy. KEYNOTE-048 (NCT02358031) is a trial of pembrolizumab versus pembrolizumab plus platinum and 5-fluorouracil (5-FU) versus cetuximab plus platinum and 5-FU in the first-line treatment of metastatic or recurrent SCCHN. The primary endpoint of the trial is progression-free survival and the sample size is 750.

The difficult question of how best to integrate immune checkpoint inhibitors with the standard radiation approaches that are the backbone of management of locally advanced SCCHN also is being addressed. Radiation is immunomodulatory, again supporting combination or sequential approaches. Radiation-induced hypoxia and direct vascular damage are hypothesized to release chemotactic signals, fostering dendritic cell maturation and antigen presentation, while DNA damage may result in the release of inflammatory cytokines.10-12 Investigators at the University of Pittsburgh are conducting a phase 1 trial of ipilimumab, cetuximab, and radiation in patients with previously untreated stage III-IVB SCCHN (NCT01935921). The primary outcome measure for this study is the proportion of dose-limiting toxicities at each dosage level. Investigators at Yale University are activating a trial of pembrolizumab post radiation in patients with persistent disease, based on data that radiation upregulates expression of PD-L1 and the presence of TILs. Biopsy to document persistent disease will also be analyzed for PD-L1 and lymphocyte subsets and patients will receive pembrolizumab monotherapy for up to 3 months, followed by salvage resection if indicated.

ADXS11-001 is a live attenuated bacterium engineered to secrete a fusion protein (tLLO-HPV-E7) consisting of a truncated fragment of the listeriolysin O (LLO) fused to full-length E7 peptide of HPV-16. A phase I/II trial investigates the combination of ADXS11-01 and the anti-PD-L1 antibody MEDI4736 in patients with metastatic or recurrent HPV-associated cervical cancer or SCCHN (NCT02291055). Evidence that cetuximab upregulates co-stimulatory (CD137) and co-inhibitory (PD-1) receptors on TILs and circulating lymphocytes forms the basis for proposed early-phase trials exploring the addition of nivolumab to cetuximab.13

Early clinical trial data have established that agents that inhibit the programmed death pathway by targeting either PD-1 or PD-L1 are active in both HPV-associated and HPV-negative SCCHN. PD-L1 high expression may be an enrichment biomarker, and current trials are designed with planned subset analyses by PD-L1 expression. Pseudoprogression has not been commonly observed in the trials reported to date, and the toxicity profile of pembrolizumab has appeared comparable in SCCHN to that in other cancers in which the drug has been studied. Conventional therapies for SCCHN (chemotherapy, cetuximab, and radiation) may play an important role in priming for immune checkpoint inhibitors, and ongoing trials are examining the best schedules for integrating immunotherapy with standard regimens. 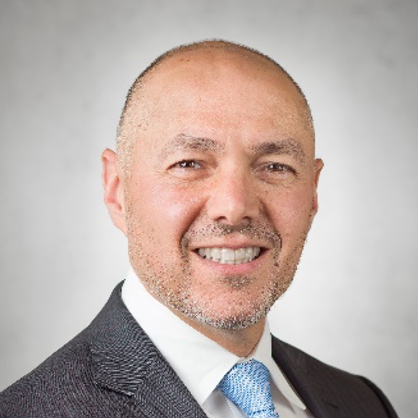 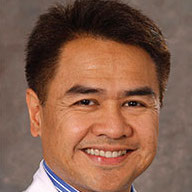 2019 Year in Review: Clinical Impact of Immunotherapies in the Treatment of Cancer
Expires on
May 15, 2021
CME
1.0
Start Activity
Calendar of Events